What's new at Cornerstone of Topeka? We're glad you asked!

Joe Hoytal, the 2022 recipient of the Otto & Jane Schnellbacher Award for Lifetime Support of Cornertone of Topeka 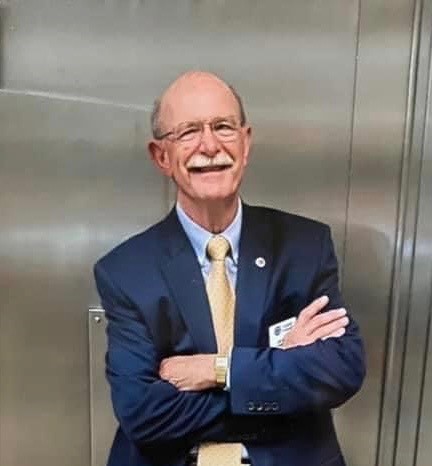 After working at various jobs in my younger years such as delivering the newspaper, waiting tables in a restaurant and stocking produce in a grocery store, I began my career in banking a couple of weeks after high school graduation in 1971.
In Kansas City, Kansas I was hired by Home State Bank to handle processing mail and supplies for the staff, and within 4 years I had moved up to processing loan transactions for the lenders.

I then transferred to an affiliate bank, The Wyandotte Bank in KCK, where I worked for 4 ½ years becoming Vice President of Operations and Security Officer.

Tower State Bank, also in KCK, recruited me to oversee their operations and I eventually became Senior Vice President and a Director.

After almost 5 years with Tower Bank, I was asked by the owners to move to Southwest Bank & Trust in Topeka which was an affiliated bank to become Executive Vice President. In 1987 I assumed the role of President/CEO and Director.

Southwest Bank & Trust merged into Capital City Bank in Topeka in 1993. I held various positions from Vice President to Executive Vice President in both the operations and lending departments.

In 2018 Capital City Bank merged into Capitol Federal Savings Bank where I was a Vice President/Commercial Lender until my retirement in October 2021.

I am married to Janice since 1974 and she headed our family raising 4 children, Joey, Jennifer, Johnny, and Julie. We are blessed with 9 grandchildren.
I attended several banking schools and banking classes and graduated from Donnelly College in KCK, AA Liberal Arts; Saint Mary College, Leavenworth, KS (now University of Saint Mary), BS Business Administration; and Colorado Graduate School of Banking, Boulder, CO.

I was a member of the Kansas Bankers Association Rewards Committee for over 27 years and served as chair for over 20 of those years. The KBA presented me with a 50-year service award in 2021.

I was an American Institute of Banking Instructor and Adjunct Professor for various banking courses at Washburn University.

I served on various committees with the Greater Topeka Chamber of Commerce and was a member of the Board of Directors of Community Action, Inc. Topeka for 22 years, serving close to 4 years as President of the Board.

Please join us for our 8th Annual Housewarming Party.

Kay McFarland Japanese Garden and Venue at the Topeka Zoo

In addition to the award, two tenants are scheduled to speak and tell how Cornerstone has made an impact in their lives.

Use the link at the right to buy your tickets now -->

We lost one of our guiding lights. Jane and Otto Schnellbacher were key to the founding of Cornerstone of Topeka and for years, they worked tirelessly to build our organization. We deeply appreciate everything Jane and Otto did for Cornerstone. Our annual lifetime service award is named in their honor. Please join us here at Cornerstone in celebrating a life well lived in the service of others!
https://www.kevinbrennanfamily.com/obituaries/Jane-Schnellbacher/ 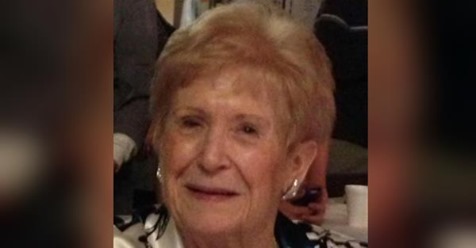 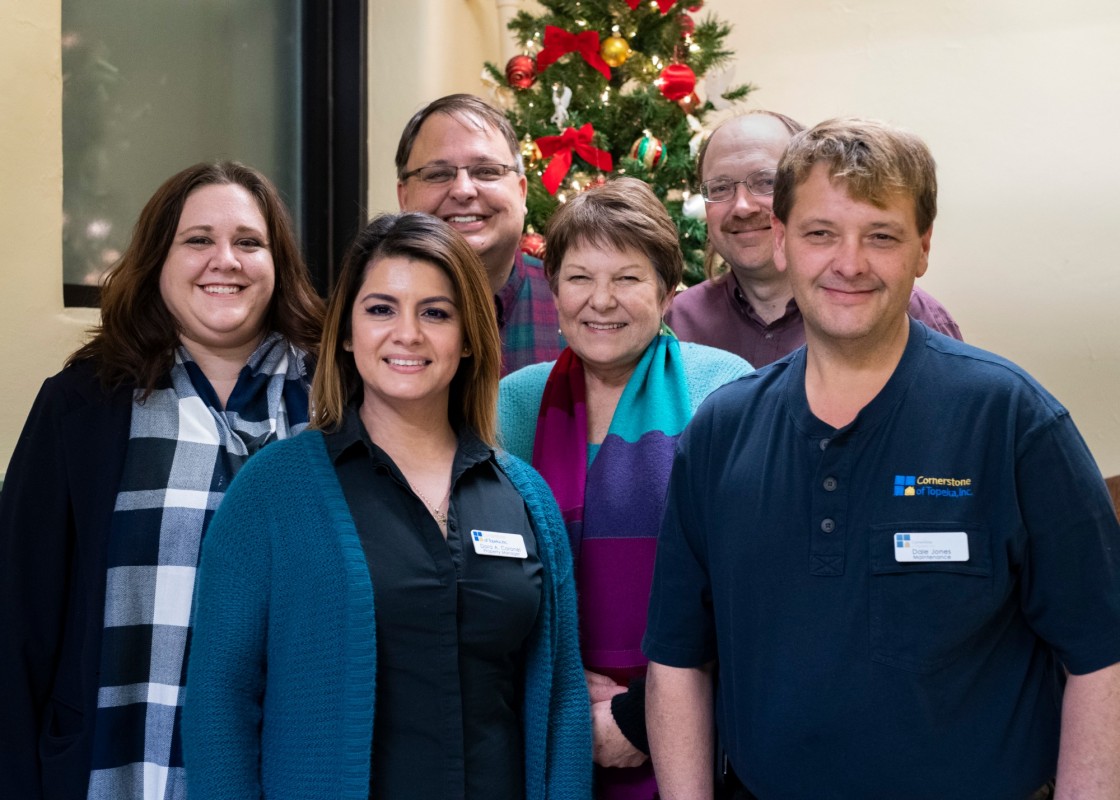 Cornerstone of Topeka has received the Ad Astra Award for New Housing Development for our senior housing duplexes on SW Harrison completed earlier this year! The award presentation took place last week at the Kansas Housing Conference in Wichita. It's the first statewide award for Cornerstone in our 30 year history! Special thank you to our wonderful partners; Aaron Elwell from Shirley Construction, Joe Hoytal from Capitol Federal and Mike Kuner, our Board Vice President for being on hand for the ceremony! 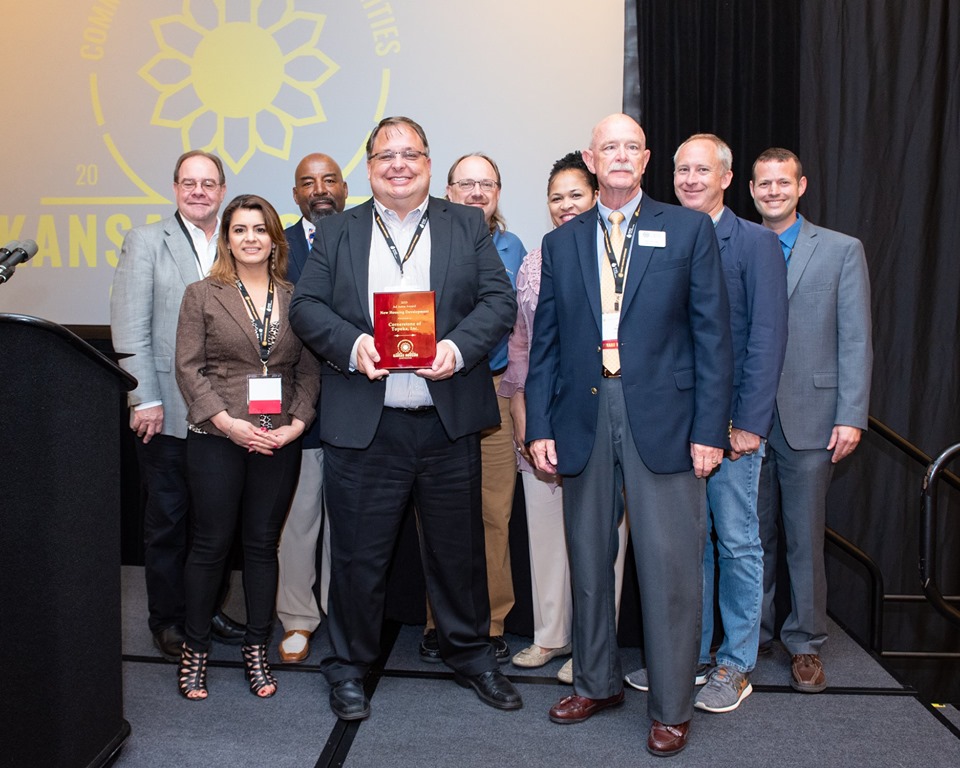 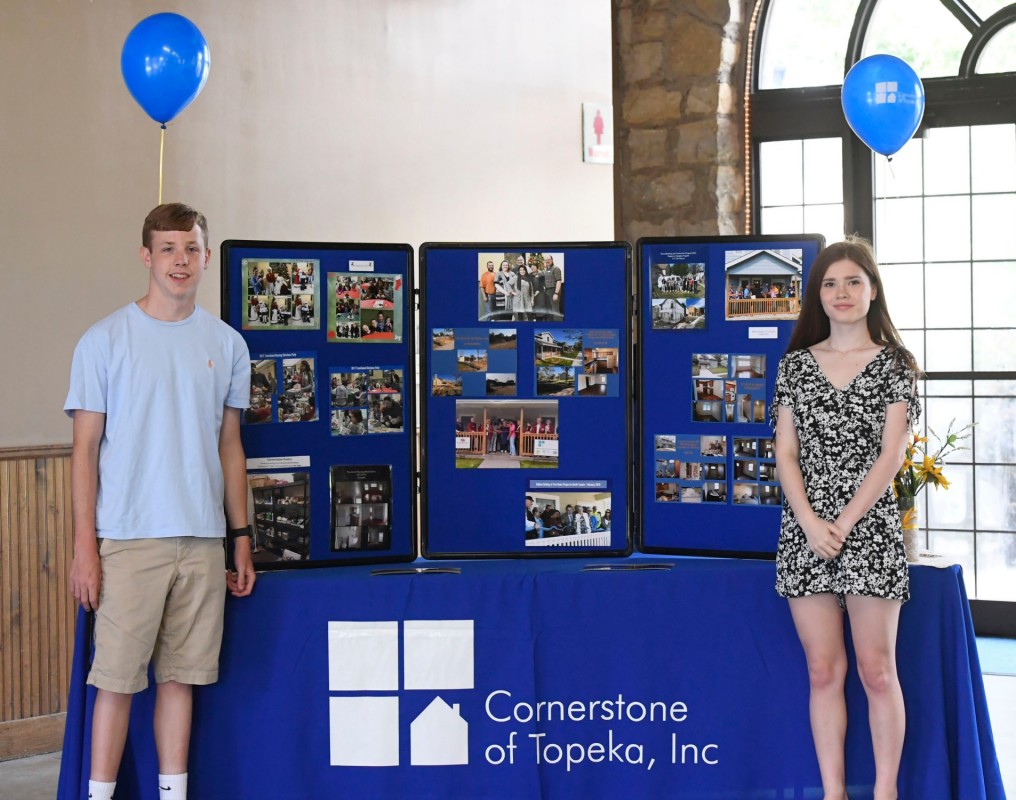 Thank you to the Topeka Community for making our Annual Housewarming Party Fundraiser such a success! Together we raised more than $23,000 to benefit Cornerstone of Topeka's Transitional Housing Program! Special thanks to Dee Newbery, the recipient of the Otto and Jane Schnellbacher Lifetime Service Award and Topeka JUMP, the recipient of the Martha Stanley Volunteer of the Year Award. Enjoy these pictures from the event. 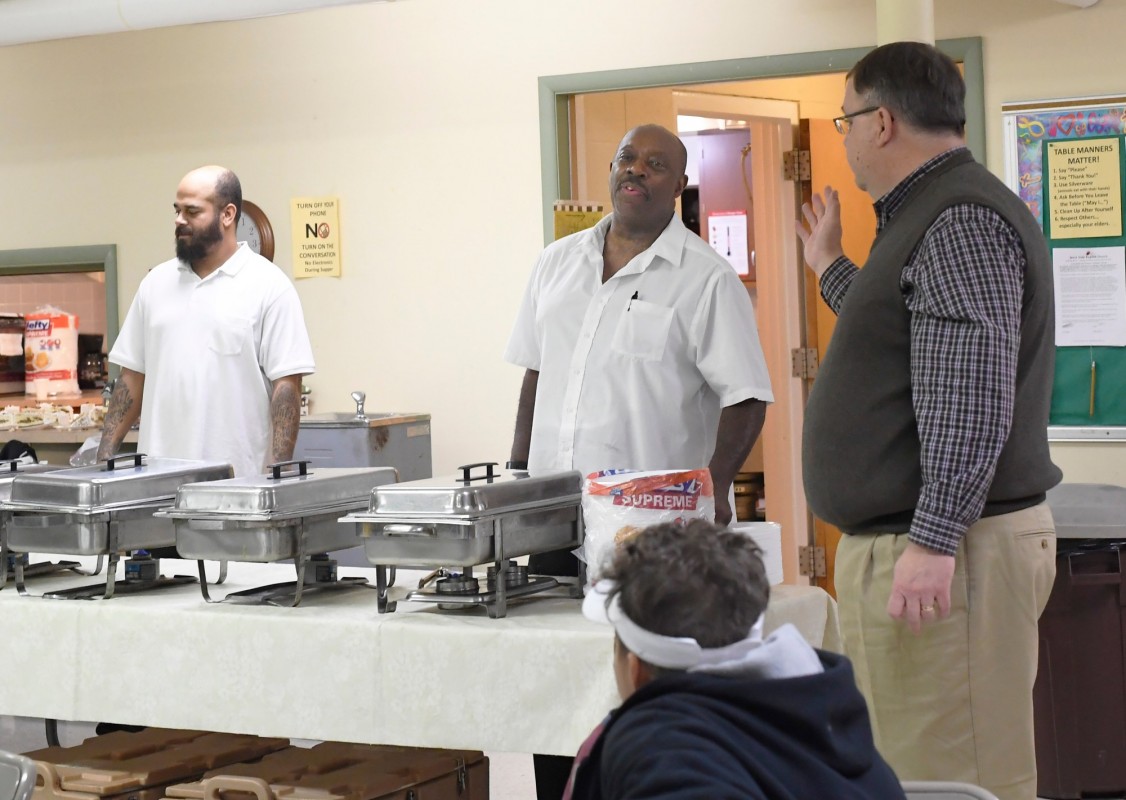 Cornerstone of Topeka on KSNT

Great story about Cornerstone of Topeka on KSNT! 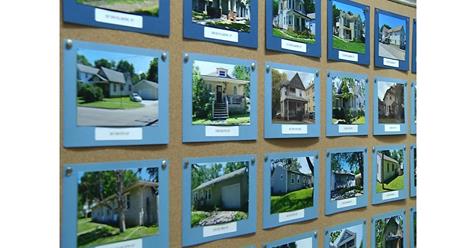 Cornerstone of Topeka Houses the Homeless 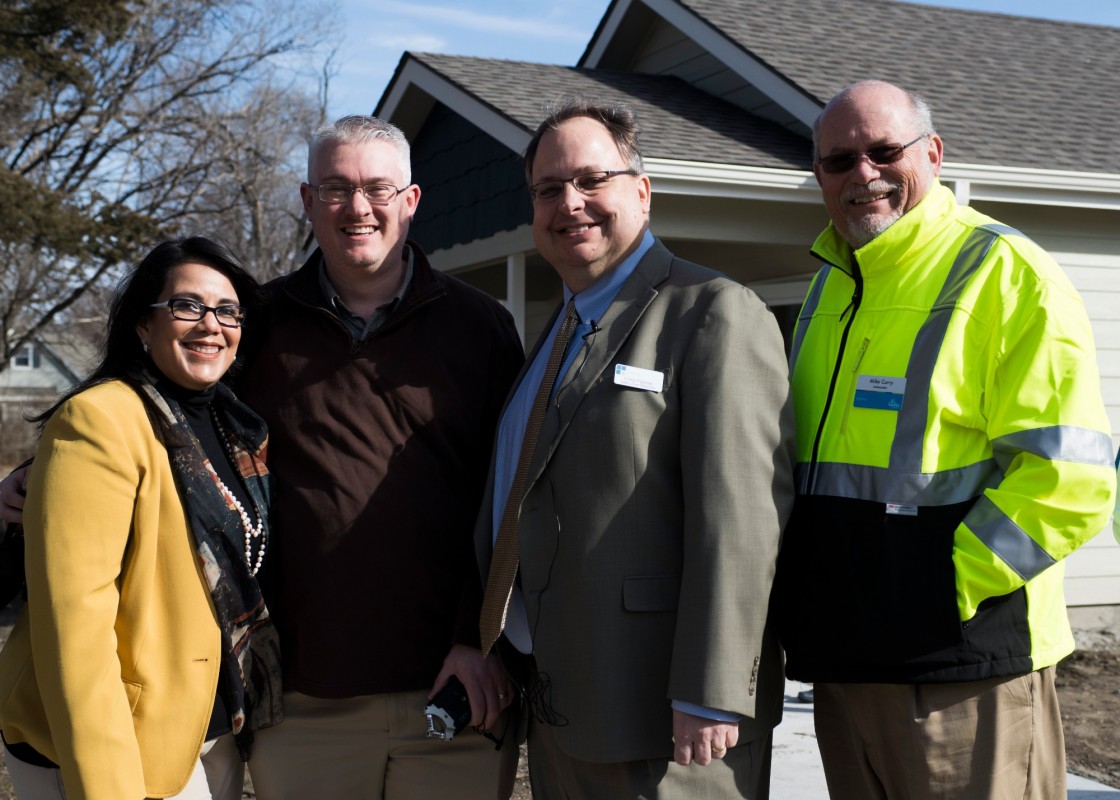 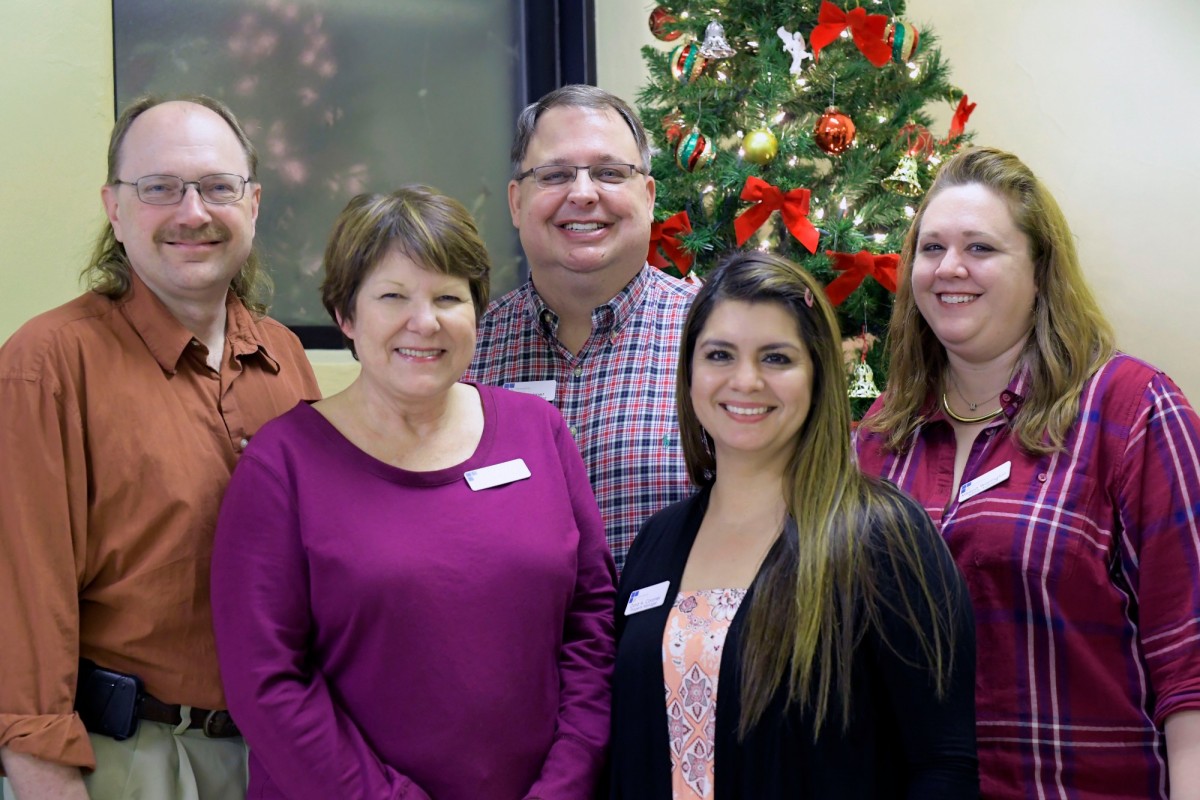 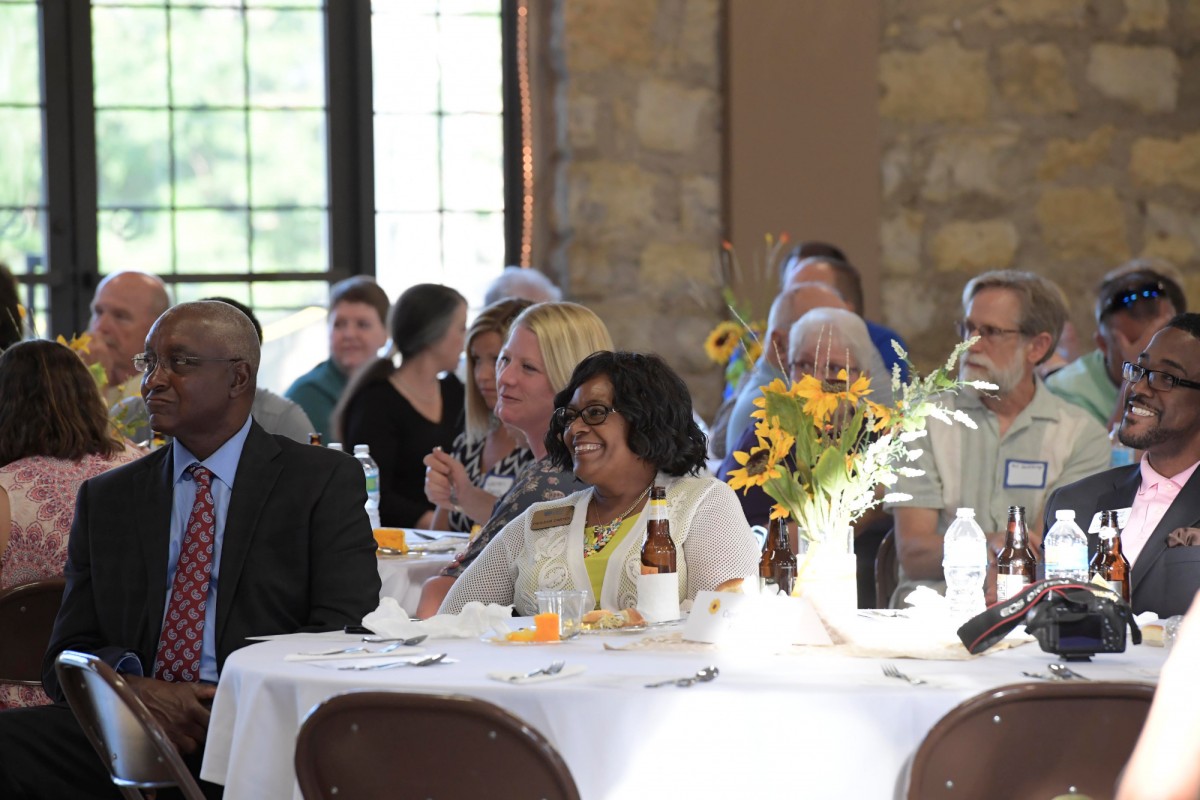 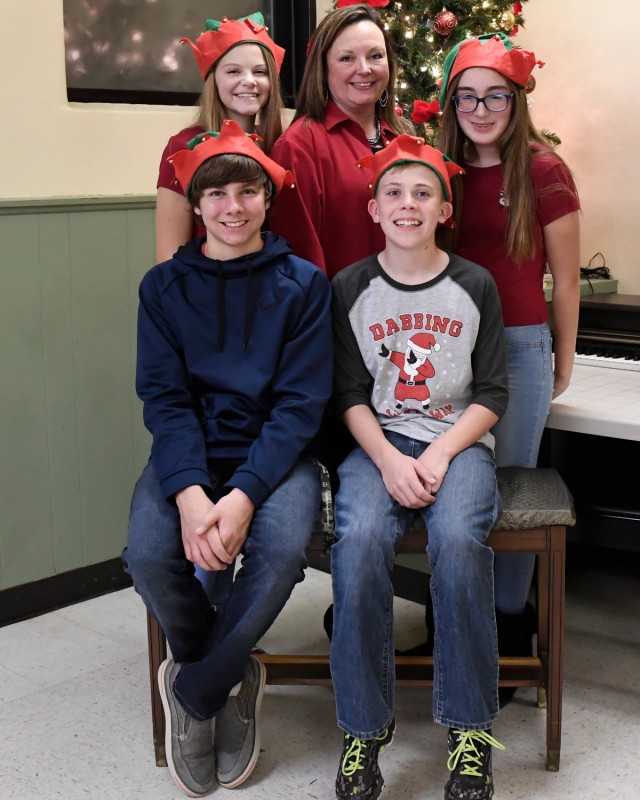 Groundbreaking For New Duplex for Homeless

March 29th, 2016 breaking ground for a new duplex to be built at 517 SW Fillmore. This will add two more two bedroom units to our homeless housing program. The construction is financed with HOME funds from the City of Topeka’s Department Neighborhood Relations and a private loan through Community Bank. When completed, Cornerstone’s housing stock will be 144 units in our Affordable Housing Program and 25 units in our Homeless Housing.

Please join us for a fun evening with great food and drink as we celebrate the mission of Cornerstone of Topeka and support our Homeless housing program!

5:30 – 8:00pm at Heritage Hall at the Kansas Expo Centre. Tickets are just $35. Call 232-1650 for information or to buy tickets. 23 of of our 175 housing units are dedicated to housing the homeless and this fundraiser supports that program. 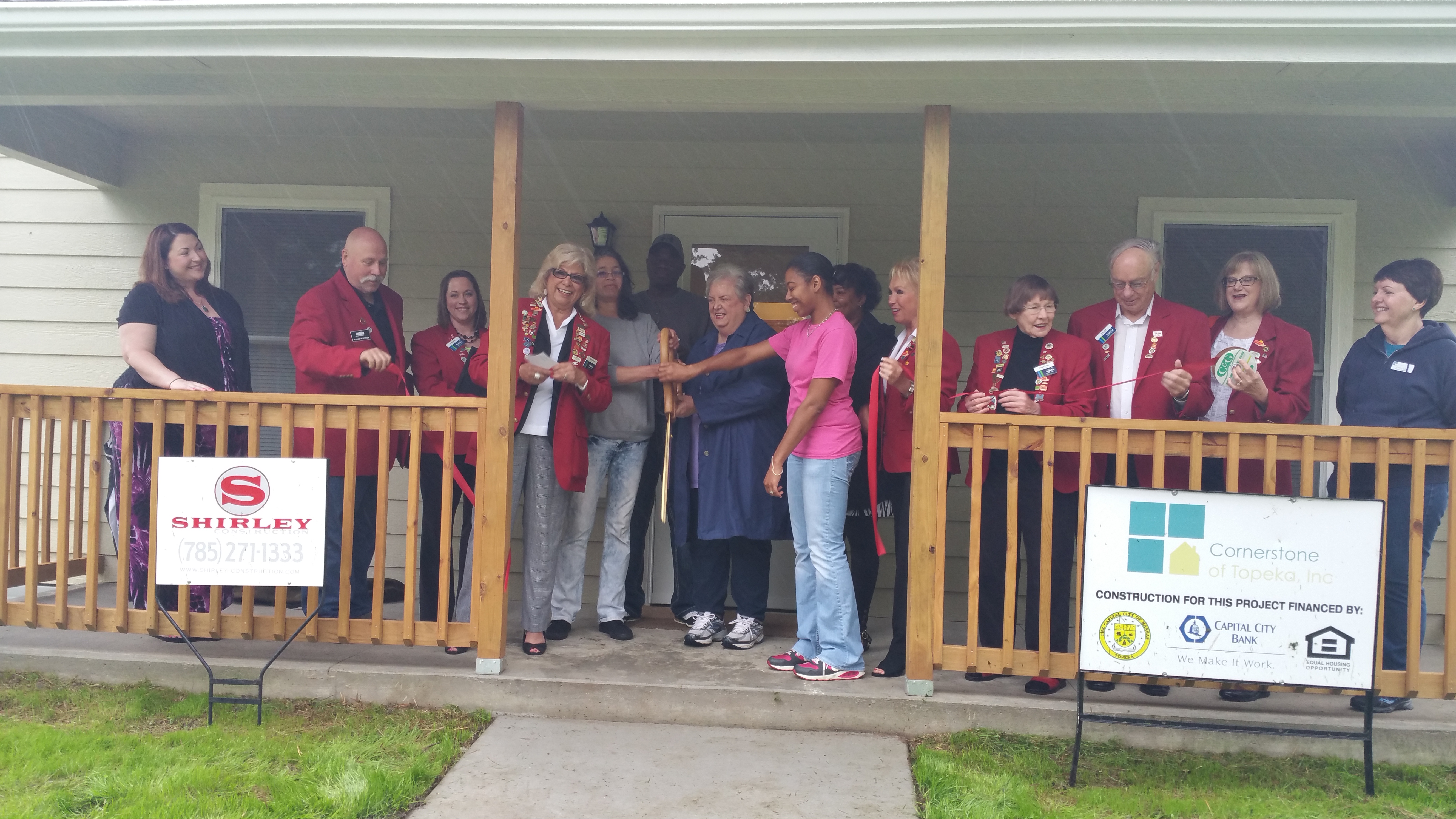 May 14th, 2015 was a big day for Cornerstone! Ribbon-Cutting Ceremony for three newly constructed three bedroom single family homes in the 1100 Block of SW Mission Ave, (One block west of 12th and Gage). An important component in Cornerstone’s mission is to revitalize Topeka neighborhoods and these beautiful homes fit the bill.

It was great to have the new tenants on hand for the ceremony and cut the ribbon with the red coats from the Topeka Chamber of Commerce and Cornerstone board members.

September 18th, 2014 was a special day for Cornerstone of Topeka  We broke ground on our next new homes project! Mayor Wolgast even assisted us with a golden shovel. These three new three bedroom homes will be built on previously undeveloped land on SW Mission one block behind 12th and Gage.

The three homes while still being in a low to moderate income neighborhood are the new Western boundary for our 160 housing units in Topeka. We are excited to be “breaking ground” in new territory for Cornerstone of Topeka!  The project is financed by the City of Topeka’s Housing and Neighborhood Development Department and Capital City Bank.

Community Leader to be Given Award at Cornerstone’s Housewarming Party

Today at the inaugural Cornerstone Housewarming Party, Cornerstone of Topeka, Inc., will recognize Frank Sabatini with the Otto and Jane Schnellbacher Award. The event is scheduled for 6:30 at Topeka’s Ward-Meade Park

Sabatini and the late Otto Schnellbacher recognized a need to help the homeless get back on their feet when they donated the first property to Cornerstone in 1986. Since then, Cornerstone’s properties have grown to 156 units in approximately ninety building throughout the community.

In addition to the award, Cornerstone will award the Martha Stanley Volunteer of the Year Award and three tenants are scheduled to speak and tell how Cornerstone has made an impact in their lives. Approximately 150 are expected to attend the event.
For more information, press only:

Chris Palmer 785-845-9589 This email address is being protected from spambots. You need JavaScript enabled to view it.

© 2017 Cornerstone of Topeka. All rights reserved.